Pattern II appears at first sight to be an abstract pattern, but is composed of casts of the female collarbone. No distinction is made between postive forms and negative forms, casts and moulds are of equaly valued. The pattern spreads out over two bright yellow beams, plucked directly from a construction site. The hardness of the beams contrasts with the soft aspects of the human body, made out of wax.

With her sculptures, Lieze De Middeleir walks the boundary between image and reality. De Middeleir uses pieces of reality in her work in the form of casts, and by processing readymades. In this way the connection with reality is visualized, while at the same time the boundary between reality and work of art is blurred. As soon as someone notices the pieces of reality and links the meaning to them, it suddenly becomes clear that the universe of the artwork starts. 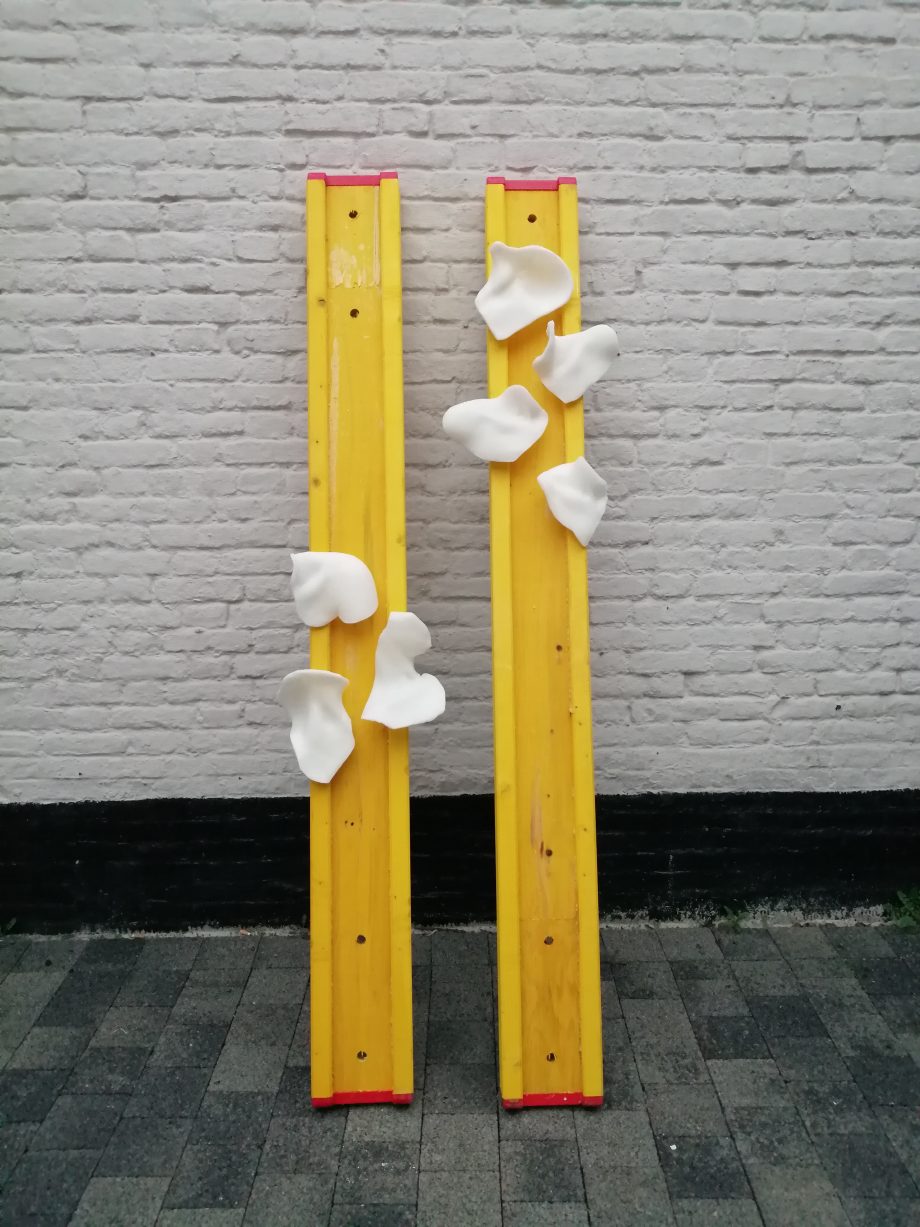 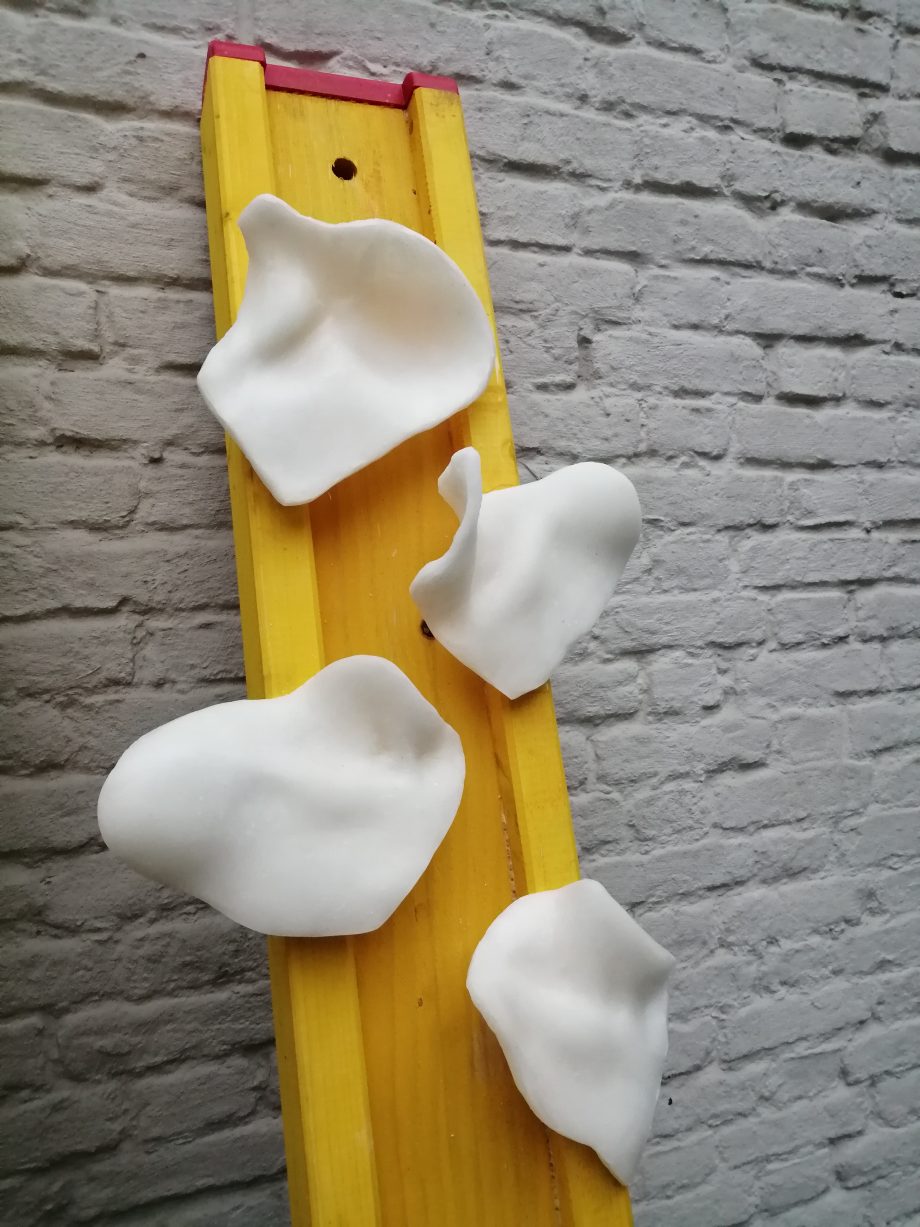 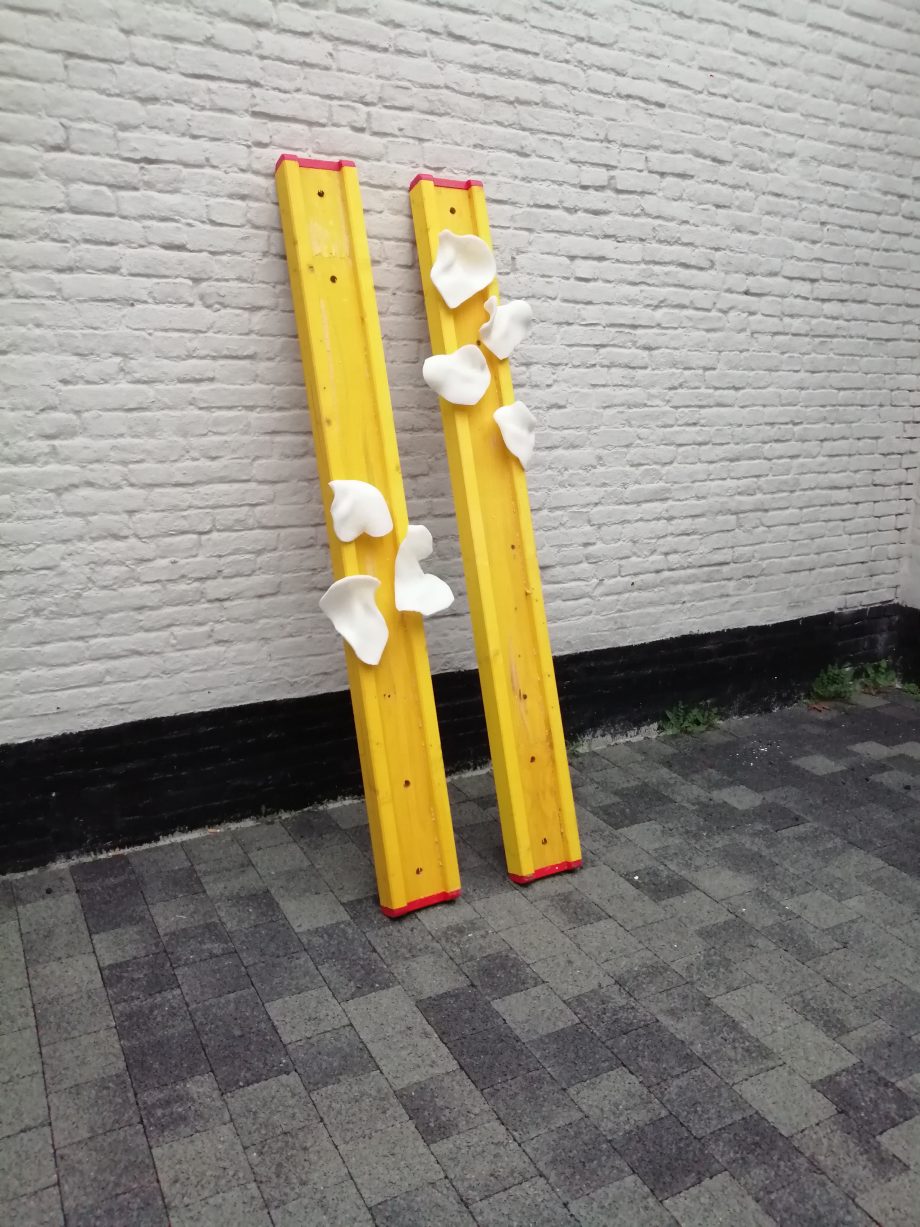 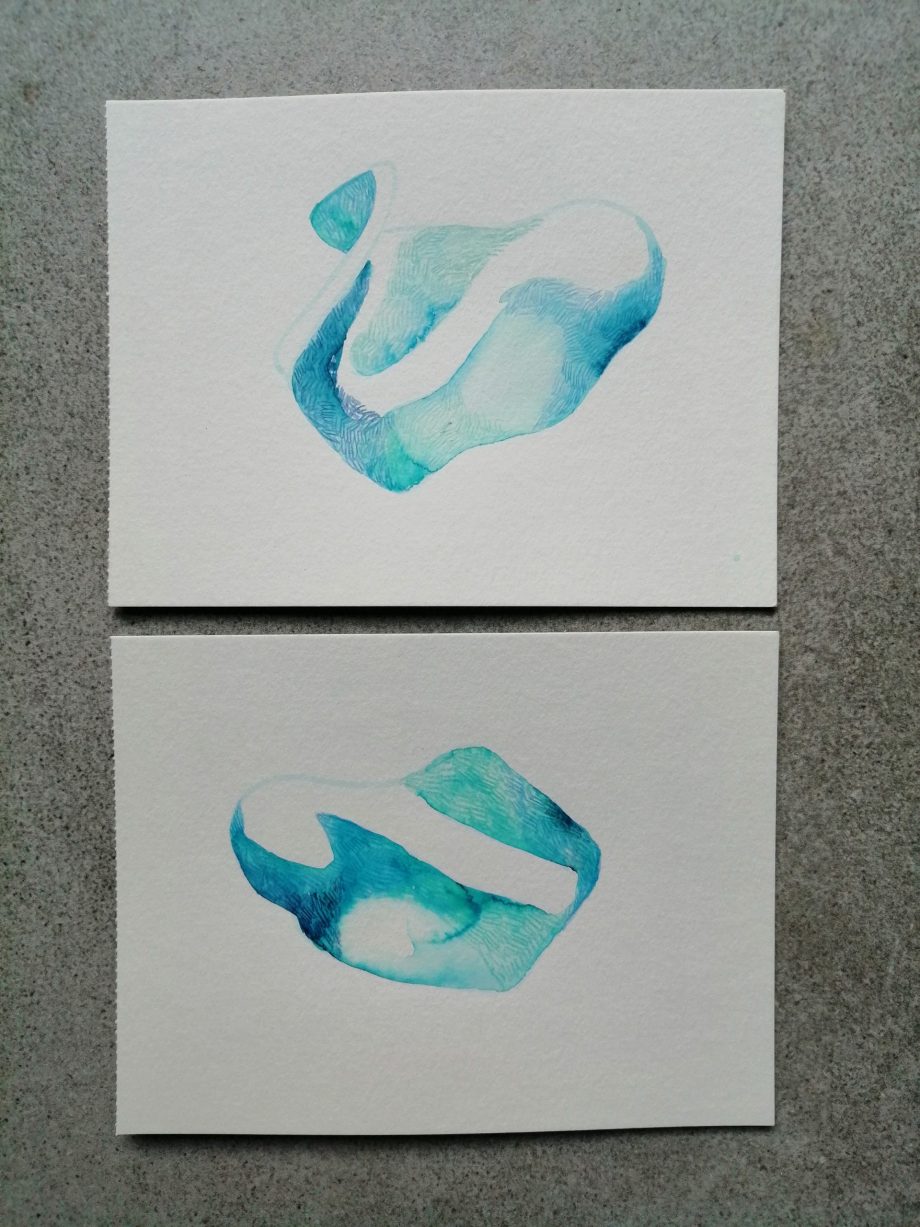